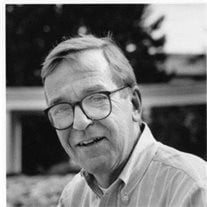 SCHENECTADY – Professor William W. "Bill" Thomas, 72, died at home on Tuesday, June 11, 2013. The College mourns the loss of William "Bill" Thomas, professor emeritus of French who for three decades dedicated himself to worrying over the many details of international study and accumulating lifelong friends who were transformed by a term abroad. He died at his home on at the age of 72. The retired director of International Programs understood that, more than learning a language and a culture, the most valuable thing a student gains from a term abroad is independence. When he retired two years ago, letters poured in from grateful alumni. "Prof. Thomas has impacted the lives of thousands of students through these programs," wrote Steve Hartman '87. "He made the world smaller and more familiar for the Union students who took the adventure. He had unending passion, was always exploring new countries, and continuously built the program with the energy of the faculty and students." An avuncular figure, Thomas lightly admonished students to be on time for travel and to be courteous in their host locales. But he also bailed them out of trouble when an exploration went awry. He seemed to recall the biographical details of every student he'd ever met, and he made something of a second career out of cultivating those relationships. He kept track of their jobs, spouses and children through phone calls, letters, emails and Facebook. Alumni were frequent visitors to his office, crammed tight with books and French newspapers. Many of his students were children of alumni. An engaging conversationalist who often held court outside the Humanities Building during smoking breaks, he chronicled the vagaries of campus life with his gently sarcastic humor. He often knew the most interesting -- but sometimes unprintable -- details of campus news, and was a frequent source and sounding board to colleagues in the Office of Communications. A native of Buffalo, the son of the late Wilfrid and Mabel Schaffer Thomas, Bill fell in love with the small college atmosphere at Hamilton College, where he majored in French but did not study abroad. He earned his doctorate from the State University of New York at Buffalo and taught there and at Université d'Orleans-Tours before joining Union in 1969. His efforts have been recognized by Union and other institutions. Czech Technical University in Prague awarded him a medal for arranging an exchange of engineering students. York University in England, another longtime exchange partner with Union, made him an honorary fellow in a grand commencement ceremony at York Minster Cathedral. In 1992, he received the Alumni Gold Medal from Union's Alumni Council. Survivors include his former wife, Ann Manning Thomas, of Schenectady; his son, Andrew S. Thomas, and his wife, Heloise Goodman; of New York City; their twins, Ms. Chase and Mr. Jasper Thomas; and a daughter, Caroline E. Thomas of Washington, D.C. A celebration of Bill's life will be held on Sunday, at the Rossi & Ditoro Funeral Home, Union at N. Jay Streets from 1 to 3 pm. Interment is planned at the Union College Plot in Vale Cemetery. Memorial contributions may be made in Bill's memory to the William W. Thomas Endowed Professorship of French in care of College Relations, Union College, 807 Union St., Schenectady, NY 12308. .

The family of Professor William W. 'Bill' Thomas created this Life Tributes page to make it easy to share your memories.