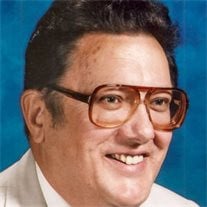 GLENVILLE – Stephen J. Honicki, 78, passed away peacefully into the arms of the Lord on Saturday at his residence, surrounded by his loving family. Steve was born in Hageman, NY on November 13, 1933 a son of the late Stefan and Frances Chojnowski Hojnicki. He was a member of the 1951 graduating class at Mt. Pleasant High School. Steve continued his education and received his Bachelor of Science degree from Siena College in 1955 and his Masters from SUNY Albany in Education. He was a Principal in the Burnt Hills – Ballston Lake School District, retiring in 1995. He was an educator in the Scotia-Glenville Central School District in the 1960's and 1970's. Steve was a loyal and loving husband and father. He was committed to his family, community and his faith. He was a communicant of St. Anthony's Church. Stephen was predeceased by his siblings, Sophie Olwert, Walter Honicki and Henry Hojnicki. He leaves behind to cherish his memory, his beloved wife of 55 years, Bernice P. DeAngelo Honicki; devoted children, Stephen F. Honicki, of Scotia, Kathi Brehm and her husband Dean, of Durango, IA and Jennifer Randazzo and her husband Steve, of Schenectady;; loving grandchildren, Kristina Erickson, Kendra Kruk, Jeremy Brehm, Cheyenne Brehm, Steven Randazzo and Michael Randazzo; great-grandchildren, Evan Erickson, Mackenzie and Alyssa Martone; several nieces and nephews. He also leaves behind a longtime friend Dr. Raymond Colucciello. Services will be held on Wednesday at 9AM from the Rossi & Ditoro Funeral Home, Union at N. Jay Street and then to St. Anthony's Church, Seward Place, where a Mass of Christian Burial will be celebrated at 10 AM. Entombment to follow in Most Holy Redeemer Cemetery, Niskayuna. Relatives and friends are invited and may call at the Rossi & Ditoro Funeral Home Tuesday from 4 to 7 PM. In lieu of flowers, memorial contributions may be made in Steve's memory to the Michael J. Fox Foundation for Parkinson Disease, Attn. Tribute Gifts, Church Street Station, PO Box 780, New York, NY 10008 or St. Anthony's Church, 331 Seward Place, Schenectady, NY 12305.

GLENVILLE &#8211; Stephen J. Honicki, 78, passed away peacefully into the arms of the Lord on Saturday at his residence, surrounded by his loving family. Steve was born in Hageman, NY on November 13, 1933 a son of the late Stefan and Frances... View Obituary & Service Information

The family of Stephen J. Honicki created this Life Tributes page to make it easy to share your memories.