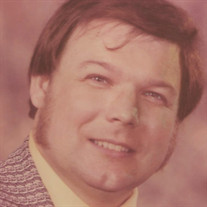 Robert C. Van Hatten July 13, 1937 - December 8, 2019 Robert C. Van Hatten, 82, of Schenectady, NY passed away peacefully on Sunday, December 8, 2019 at home surrounded by his loving family. Robert was born in Rensselaer, NY to the late Lawrence and Evelyn (Guenther) Van Hatten. Robert was a graduate of Philip Schuyler High School and attended Albany Business College. Robert was in the US Navy from 1954-1963 and received and honorable discharge in 1963. He worked at GAF for several years as a chemical operator and in the chemical laboratory as a lab technician. Robert owned RVH Studios as a photographer. He did portraits (adults, children and animals) and weddings. Robert also worked for several other photography studios. Robert was an avid magician and performed locally for many years. He started doing magic at the age of seven. He belongs to and was a lifetime member of the International Magician Society; he was a member for 43 years with the International Brotherhood of Magicians (IBM); his name is in the Order of Merlin Shield Magicians; and he was a member of the IBM Ring 186. He worked at the House of Magic for several years. Robert also enjoyed bowling and bowled in several leagues for many years and won many trophies. Robert was a self taught artist making many paintings. Robert was witty and very smart and self taught piano, guitar and harmonica instruments. He loved singing and performing at family gathering and for many good and long time friends who will miss him and remember all the good times. Robert is survived by his beloved wife, Arrita (DeMaranville) Van Hatten. They have been married 60 years and together 65 years. He leaves behind his beloved and dear daughter Kimberly (Paul) Cornick and his two adored and loved grandchildren Logan and Bailey Cornick; his beloved nephew and fishing and bowling buddy, Donald (Diane) DeMaranville Jr. He also survived by his aunts and uncle, Doris and Michael Steffenson and Gert Van Hattum. Robert leaves behind one cousin on his mother’s side, Michael (Elizabeth) Steffenson and many cousins on his father’s side David (Danelle) Van Hattum, Steven (Carol) Van Hattum, Jerry (Sophie) Robetoy, Larry (Sue) Robetoy, Darlene Robetoy and Ronald (Monica) Becker. We would like to thank Compton Jailall for the care he provided for Robert over the years and hospice for the care at the end. Funeral services with Military Honors will be held on Saturday, December 14, 2019, at the Rossi & Ditoro Funeral Home, 501 Union Street (at North Jay St.) Schenectady, NY 12305 at 1 pm. Relatives and friends are invited to call at the Rossi & Ditoro Funeral Home between the hours of 10 am and1 pm

The family of Robert Charles VanHatten created this Life Tributes page to make it easy to share your memories.

Send flowers to the VanHatten family.