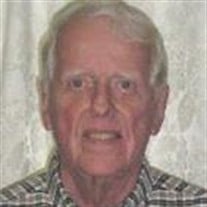 GLENVILLE – Robert “Bob”G. Stater, 89, entered into the arms of the Lord on Easter Sunday at Ellis Hospital, surrounded by his loving family. Bob was born and educated in Connersville, IN a son of the late Lester and Hazel (Ross) Stater. He began his formal education in chemistry at Rose Polytechnic Institute, graduating with his BS in Chemical Engineering in 1951; and his Masters in Chemical Engineering in 1953 from Northwestern University. Bob’s chosen field was in nuclear engineering, he worked at the General Electric Company in Naval Reactors at the Knolls Atomic Power Laboratory. His extreme knowledge in this field of reactor design, allotted him to be the first engineer to start the two reactors at the West Milton Site. His education continued throughout his established career. He attended Oak Ridge School of Reactor Technology; and DLGN Cruiser Designer courses. He developed technical training material, manuals and was published in the Basic Reactor Behavior. Above all of Bob’s accolades, he was most proud to be a loving and caring husband and father. He was a communicant of St. Anthony’s. He was predeceased by his siblings, William Stater and Betty Sue Stater. Bob is survived by his beloved wife of 61 glorious years, Mary DeLegge Stater; his loving children, Bartholomew Stater, of Pottstown, PA, Christopher Stater, of Glenville, Maria (Mark) Hannon, of Glenville, Elisa Stater, of Brooklyn, Lori Stater Burch, and Michele Stater both of Glenville; adoring grandchildren, Evan and Darren Stater, Joelle Lancaster, and Cameron Burch; a great-granddaughter, Scarlet Lancaster; a brother John Stater and many nieces and nephews. Services will be held on Saturday at 8 am from the Rossi & Ditoro Funeral Home, 501 Union Street, followed by a Mass of Christian Burial at 9 am at St. Anthony’s Church, 331 Seward Place. Interment will follow in St. Anthony’s Cemetery, Glenville. Relatives and friends are invited to call at the Rossi & Ditoro Funeral Home on Friday from 5 to 7 pm.

GLENVILLE &#8211; Robert &#8220;Bob&#8221;G. Stater, 89, entered into the arms of the Lord on Easter Sunday at Ellis Hospital, surrounded by his loving family. Bob was born and educated in Connersville, IN a son of the late Lester and Hazel... View Obituary & Service Information

The family of Robert G. "Bob" Stater created this Life Tributes page to make it easy to share your memories.

Send flowers to the Stater family.