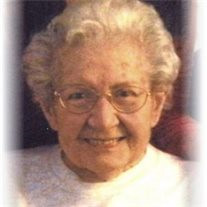 SCHENECTADY – Rita Scavia Manti, 91, entered into eternal rest on Wednesday at Kingsway Nursing Home. She was born in Schenectady, a daughter of the late Dominic and Natalie Ferro Scavia. She graduated from Nott Terrace High School and worked for Dr. Jackson as a dental hygienist. Rita began her career with the Mohonasen School District at Bradt School as the Secretary to the Principal from 1956 until she retired in 1979. She was an active communicant of St. Gabriel’s Church and a member of the chorus. Following retirement she and her husband Andrew were longtime residents of Palm Bay, FL. She was predeceased by her beloved husband, Andrew C. Manti, whom she married November 2, 1941 and he died August 7, 1998; her brother Albert Scavia; a grandson David Manti and a great-granddaughter Mallory Warrick. Survivors include her devoted sons, Andrew C. Manti, Jr. and his wife Gail, of Windham, NH and Bruce S. Manti, and his wife Deborah, of Schenectady; siblings, Mary Attanaseo, of Glenville and Dominic and Flora Scavia, of Rotterdam; grandchildren, James and Sheri Manti, Michelle and Timothy Delaney, Jason and Heather Manti, Keith and Ashley Callahan, Kati Callahan; great-grandchildren, Cassidy Manti, Erica Delaney, John Andrew Delaney, Braeden Manti, Cameron Callahan, Natalie Warrick, Ashleigh Wilkinson and Damian Nieves; several nieces and nephews. Services will be held on Monday morning at 10AM from the Rossi & Ditoro Funeral Home, Union at N. Jay Streets then to St. Anthony’s Church, Seward Place, where a Mass will be celebrated at 11 am. Interment will follow in St. Anthony’s Cemetery, Glenville. Relatives and friends are invited and may call at the Rossi & Ditoro Funeral Home Sunday afternoon from 2 to 5 pm. Memorial contributions may be made in Rita’s memory to St. Jude’s Children’s Hospital, 501 St. Jude Place, Memphis, TN 38105.

SCHENECTADY &#8211; Rita Scavia Manti, 91, entered into eternal rest on Wednesday at Kingsway Nursing Home. She was born in Schenectady, a daughter of the late Dominic and Natalie Ferro Scavia. She graduated from Nott Terrace High School and... View Obituary & Service Information

The family of Rita Scavia Manti created this Life Tributes page to make it easy to share your memories.

Send flowers to the Manti family.