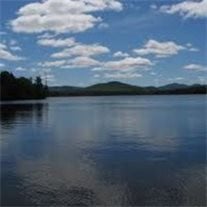 WEST GLENVILLE- Richard A. ‘Dick’ Gminski, 86, died on Sunday at the Glendale Nursing Home, with his loved ones by his side. Dick was born in Albion, NY on July 30, 1924, a son of the late Charles and Sophie Gminski. He graduated from the State University of New York, in Canton, receiving a degree in Technical Drafting and Machine Design. He relocated to Schenectady and worked at the General Electric Company, starting in the Steam Turbine Division and then in various engineering positions in the Gas Turbine Division for 38 years, retiring in 1986. He was a proud WWII veteran and served with the US Army in the 12th Tactical Air Command with campaigns in Central Europe, Northern and Southern France, Rhineland and Rome. Dick enjoyed camping and was an avid hunter, fisherman and skier. His special love was the mountains and lakes of the Adirondacks, particular Indian Lake and Schroon Lake. He traveled to beaches in Florida each year and often headed to another area he loved, Cape Cod. The Gminski family would like to thank the staff of Northwoods Rehabilitation Hospital and the Glendale Nursing Home, C-3 for their kindness, caring and understanding and thoughtfulness during Dick’s stay. He is survived by his children, Nan Cornell, of Austin TX; David Gminski and his wife Liz, of Clifton Park and Mel Gminski, of Santa Barbara, CA; grandchildren, Jared Cornell, Kristin Marak and Philip Gminski; two great-grandchildren and his dear and long time friend, Jean Chartrand. He was predeceased by his siblings, Leonard Gminski and Virginia Everett. Dick enjoyed nature so much, the following is a tribute to him; "There is pleasure in the pathless woods. There is a rapture on the lonely shore. There is society, where none intrudes. By deep waters, and music in its roar I love not man the less, but Nature more"

WEST GLENVILLE- Richard A. &#8216;Dick&#8217; Gminski, 86, died on Sunday at the Glendale Nursing Home, with his loved ones by his side. Dick was born in Albion, NY on July 30, 1924, a son of the late Charles and Sophie Gminski. He graduated... View Obituary & Service Information

The family of Richard A 'Dick' Gminski created this Life Tributes page to make it easy to share your memories.