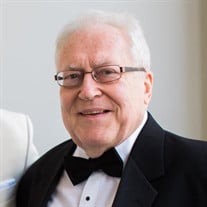 Paul Bohdon Diakiwski, 75, of Latham, NY, passed away on Friday, August 7, 2020. Born on June 6, 1945 into a liberated Germany, Paul was the son of the late Eustache and Julia Diakiwski who fled from the former Soviet regime and immigrated to the United States. He was the youngest of five siblings. Paul graduated with a pre-med degree from Manhattan College, and took medical courses in Spain. Beyond being a son, brother, and student, Paul was a free spirit who had a way with words and excelled in poetry. He was a talented, though messy, cook, and cared deeply about the state of this country. Paul was an athlete who excelled in basketball, and a business executive at several national and multinational companies. For decades, he studied and taught Transcendental Meditation, including in Colorado, Southern California, Fairfield, Iowa, and the Capital Region. He lived in New York City, San Francisco, Los Angeles and Yonkers before settling in Upstate New York, where he raised his boys and loved the fresh air, lakes, and mountains. Paul was a devoted and loving father to his sons and a caring and thoughtful man to friends and family. He was also a soon-to-be grandfather. Paul is survived by his two sons from his marriage with Kerry DuBrin—Michael Diakiwski, and wife Madeleine, and Chris Diakiwski. He is also survived by his sisters Ann, Zorine, sister-in-law Maria, nieces and nephews, and extended family and friends who hold him in their hearts. Paul was preceded in death by his brothers, Andrew and Roman Diakiwski. Services for family and close friends will be planned for a later date. In lieu of flowers, those who are inclined may make memorial contributions in Paul’s name to St. Peter’s Hospital Foundation Annual Fund at: https://www.givetostpeters.org/donate/ or 310 South Manning Blvd. Albany, NY 12208.

Paul Bohdon Diakiwski, 75, of Latham, NY, passed away on Friday, August 7, 2020. Born on June 6, 1945 into a liberated Germany, Paul was the son of the late Eustache and Julia Diakiwski who fled from the former Soviet regime and immigrated... View Obituary & Service Information

The family of Paul B. Diakiwski created this Life Tributes page to make it easy to share your memories.

Paul Bohdon Diakiwski, 75, of Latham, NY, passed away on Friday,...

Send flowers to the Diakiwski family.