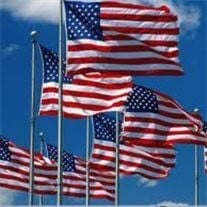 CLIFTON PARK ~Leonard "Lalo" Curzi 81, of Clifton Park passed peacefully at home on Tuesday March 12, 2013, after a short illness. He was born on May 31, 1931, in Schenectady, the son of the late Guglielmo and Amalia Curzi. Lalo was a 1950 graduate of Nott Terrace High School. He was a staff sergeant with the Air Force during the Korean War. Lalo was very proud of his service having enlisted during a time of war. He worked at GE for over 30 years as a machinist. He was a lifelong area resident living in Schenectady, Scotia and Clifton Park who since his retirement enjoyed long walks in town as well as lunch at Broadway Lunch. Lalo enjoyed doing crossword puzzles, reading the Schenectady Gazette, eating pasta on Sundays, playing pinochle, his Air Force reunions, watching the Yankees, taking long drives, hanging out with his friends sharing stories about his childhood and traveling but his most beloved times were when he was with his grandchildren. Having been in the same area his entire life, he knew many people who always spoke kindly about him. Lalo was a kind and generous man who made many people laugh with his own unique humor. For those who were touched by Lalo, they know that he was much more than these words written and his life, memories and legacy will be carried on with his pride and joy; his grandchildren. He was the last member of his family to survive and was looking forward to being reunited with them. Survivors include his wife of 46 years Vilma Curzi of Clifton Park, His son, Gary and his wife Terri of Chesapeake Beach, Maryland and his daughter Carol and her husband Peter of Wilmington, Delaware. He is also the proud and devoted grandpa of Marisa (his best pal), Luke, Jonas and Blake Karpinski and Ethan Curzi. Also surviving are his two best friends for over 80 years Frankie Iovanelli and Vincent Carlino. A Mass of Christian Burial will be celebrated on Friday at 9:30 am at St. Anthony's Church, Seward Place. Interment will follow in the Gerald BH Solomon Saratoga National Cemetery, Schuylerville. In lieu of flowers please make a donation to the American Diabetes Foundation at 7 Washington Square, Albany, NY 12205.

CLIFTON PARK ~Leonard "Lalo" Curzi 81, of Clifton Park passed peacefully at home on Tuesday March 12, 2013, after a short illness. He was born on May 31, 1931, in Schenectady, the son of the late Guglielmo and Amalia Curzi. Lalo was a 1950... View Obituary & Service Information

The family of Leonard A Curzi created this Life Tributes page to make it easy to share your memories.

Send flowers to the Curzi family.