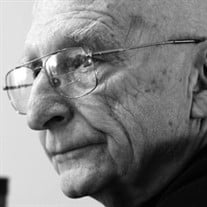 Joseph Anthony Libbon, M.D., died April 2, 2019, at Glendale Home in Glenville. He was 94. Dr. Libbon became chief psychiatrist at Ellis Hospital in Schenectady in August 1961. Over the next two decades he was instrumental in steering the region’s mental health care toward community-based solutions. He was a leader in the 1968 opening of Dominion House, only the second community residence program for mental health patients in upstate New York. Dr. Libbon worked in partnership with the Junior League of Schenectady and other volunteers to open the downtown residence where women could make the transition from extended hospital stays to independent living. Over its 50-plus years, Dominion House has been a stable home for more than 2,500 people. Under Dr. Libbon’s guidance, Dominion House (now Mohawk Opportunities) became part of a network of clinics, programs and workshops that provided a humane and cost-effective alternative to institutionalization. In Schenectady County, the admission rate into state psychiatric facilities in 1977 fell to 1.6 percent, the lowest in New York. The statewide admission rate was 14.7 percent. Dr. Libbon was an advocate for greater understanding of mental illness, and spoke against ignorance and fear. He was an original board member of the Mental Health Association of Schenectady County. After retiring from Ellis Hospital in 1977, Dr. Libbon worked for several years with CHP, a health maintenance organization, to guide development of itsmental health team. In 1980 he accepted the role of clinical director of a new community mental health center at St. Mary’s Hospital in Amsterdam, and worked there until 1985. Joseph Anthony Libbon was born June 14, 1924, in New York City to Joseph and Eva (Wanders) Libbon. A graduate of New Haven High School, he attended Haverford College outside Philadelphia. During World War II he served at a military hospital in Williamsburg, Va, and received his medical degree from the University of Pennsylvania School of Medicine in 1950. After an internship at the University of Pennsylvania Hospital, he served as a resident in internal medicine at Westmoreland Hospital in Greensburg, Pa. From 1952 to 1955, he completed a residency in psychiatry at the Cushing and Boston VA Hospitals in Massachusetts. He maintained a private practice in Natick, Mass., before taking the position at Ellis. During his career he was an instructor and assistant professor of psychiatry at Tufts University School of Medicine, Boston University School of Medicine and Albany Medical School. He married Dorothy Bair of Pennsylvania in 1951. They and their three children lived for many years in Niskayuna. Dr. Libbon enjoyed bicycling and hiking. He was an avid reader, especially of The New York Times, the New Yorker, automotive magazines and scientific journals. He loved scenic views on long drives, a good sports contest on TV, and playing a half-dozen favorite numbers on the piano. Surviving are his wife, Dottie, of Schenectady; two sons, Mark, of Syracuse, and Robert, of Nevada; a daughter, Jan, of Scotia; several grandchildren and one great-grandchild. Also surviving is a sister, Elizabeth Forsythe, of Maine. Another sister, Winifred McPhedran, died in 2013. Calling hours will be 4 to 6 p.m. Thursday at Rossi and Ditoro Funeral Home, 501 Union St., Schenectady. A Mass will be 9 a.m. Friday at St. Kateri Tekakwitha, 2216 Rosa Road, Schenectady.

Joseph Anthony Libbon, M.D., died April 2, 2019, at Glendale Home in Glenville. He was 94. Dr. Libbon became chief psychiatrist at Ellis Hospital in Schenectady in August 1961. Over the next two decades he was instrumental in steering the region&#8217;s... View Obituary & Service Information

The family of Joseph Anthony Libbon M.D. created this Life Tributes page to make it easy to share your memories.