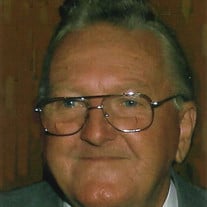 SCHENECTADY – Henry E. Blaize, 83, formerly of Lincoln Avenue entered peacefully into eternal rest on Tuesday, November 12, 2019. Henry was born on May 18, 1936 in Jay, NY to Henry and Helen Blaise. Henry proudly served in the US Air Force. During his service he was stationed in many locations both in the US and overseas. It was while he was stationed in Berlin Germany that he met his loving wife Jasmine. He departed Berlin with 3 souvenirs, a wife and two children. After his military service he was employed by the General Electric Company in the Turbine Assembly unit. He also served as Shop Steward for many years. Henry was a long time communicant of St. Joseph’s Church in Schenectady. He was predeceased by his wife Jasmine; brothers, Kenneth Blaise, Howard Blaise and a sister, Martha Blaise. Henry is survived by his son, Thomas (Susan) Blaize, of Schenectady, daughters; Carolyn (Craig) Wolpert of Indianapolis, IN, Linda Bellick and Thomas Bellick, of Schenectady; eight grandchildren, Kevin Blaize, Erica Blaize, Sarah Wolpert, Tyler Bellick, Michael Bellick, Daniel Bellick, Rebecca Bellick and Kyle Bellick; a brother, David Blaise, of Ausable Forks, sisters, Helen Desin, of Erie, PA and Sally Hemmingway, of Plattsburgh, along with many nieces, nephews and cousins. Funeral services will be held on Monday at 8:30 am from the Rossi & Ditoro Funeral Home, 501 Union Street, followed by a 9:30 am Mass of Christian Burial at St. Joseph’s Church, 225 Lafayette St. Interment at 12:30pm will follow in Gerald B.H. Solomon Saratoga National Cemetery, Schuylerville. Relatives and friends are invited and may call at the Rossi & Ditoro Funeral Home on Sunday from 2 to 4 pm. Those wishing may honor Henry by making a memorial contribution to St. Joseph’s Church Restoration Fund.

SCHENECTADY &#8211; Henry E. Blaize, 83, formerly of Lincoln Avenue entered peacefully into eternal rest on Tuesday, November 12, 2019. Henry was born on May 18, 1936 in Jay, NY to Henry and Helen Blaise. Henry proudly served in the US Air... View Obituary & Service Information

The family of Henry E. Blaize created this Life Tributes page to make it easy to share your memories.

Send flowers to the Blaize family.