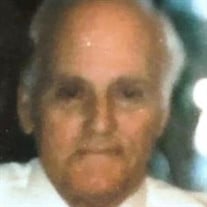 ROTTERDAM – Gordon H. Spaulding, 94, entered peacefully into eternal rest on Saturday, July 17, 2021. Gordon was born in Arena, NY on July 20, 1926, a son of the late Henry and Jessie Holcomb Spaulding. He graduated from WAJ High School in Windham, NY and honorably served in the Army Air Force, stationed in Germany. Gordon worked at the General Electric Company in the Large Steam Turbine Division, retiring in 1981. Gordon’s passion for baseball, and intellect of the game, endured throughout his lifetime. He was an avid baseball and softball player; he coached Little League and Babe Ruth and was a fan of the NY Yankees. He was a kind and compassionate gentleman, devoted to his family and his faith. He was a member of Carmen Methodist Church and the VFW Post. In addition to his parents, Gordon was predeceased by his thirteen siblings. He is survived by his beloved wife of 75 years, Kathleen Miner Spaulding, whom he married on February 23, 1946; loving children, Pamela (Gerald) Pedinotti, of Niskayuna and Wayne Spaulding of Denton, TX; granddaughter, Whitney Spaulding, of Ft. Lauderdale, FL; many nieces and nephews. Memorial contributions may be made in Gordon’s memory to the Animal Protective Foundation 53 Maple Avenue, Scotia, NY 12302 or online at animalprotective.org Private Funeral Services and Burial are planned.

The family of Gordon H. Spaulding created this Life Tributes page to make it easy to share your memories.

Send flowers to the Spaulding family.