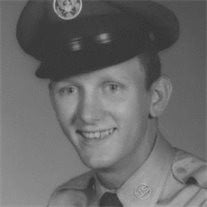 Francis Joseph (Sonny) Pomakoy, 77, entered peacefully into eternal rest on Saturday morning, surrounded by his loving family, at his home in Rotterdam after a brief battle with Leukemia. Frank, one of thirteen children born to devout Catholics William and Margaret Pomakoy, grew up in the South End of Albany where most of his childhood acquaintances knew him as “Sonny.” Frank served as an altar boy and started working fulltime after tenth grade. In 1952 he enlisted in the United States Air Force where he trained as a mechanic, working on America’s bomber fleet in Alaska during the Korean War. After his honorable discharge in 1956 Frank returned to the Albany area, briefly worked for the railroad, and then became a carpenter. This work quickly became one of his great passions, and he never really retired from construction work. In 1979 he founded Frank Pomakoy and Sons Construction Company, in Selkirk, NY, and he remained self-employed until his death. Family ranked as Frank’s other great passion in life. His first marriage to Betty Jane Pomakoy lasted forty-three years and produced five children. His second marriage, to Susan Kass Pomakoy, gave him two stepchildren. Frank taught his children the working class values that had been so important to his life – honesty, love of family, respect for hard work, and obedience to duty. Frank remained an avid fan of the NY Yankees all of his life. He loved bowling and the outdoors. He spent many years as an active member of the Benevolent and Protective Order of Elks, in Bethlehem, NY, and, proudly, of the Disabled American Veterans. His animals played an especially important place in his life, especially his black Labrador retriever Beau (now passed) and his golden retriever Bear. His parents, William and Margaret, and two siblings predeceased Frank. He leaves behind his wife Susan Kass Pomakoy; his children: Deborah Hildreth and her husband Bradly of Selkirk, NY; Leslie Hannan and her husband Brian of East Berne, NY; Francis (Mickey) Pomakoy and his wife Lisa of Stephentown, NY; Gregg Pomakoy of Thompson, NY; and Keith Pomakoy and his wife Marisha Irish-Pomakoy of Glens Falls, NY; and his stepchildren: Jack Oppenheim and his wife Lexi of Malta, NY; and Connie Oppenheim and her partner Tamra Pritchard of Rotterdam, NY. Frank also leaves behind ten siblings, seven grandchildren, and numerous dear friends, including Robert Roche of Delmar, NY. Family and friends are invited to attend a memorial service on Wednesday at 6 PM at the Rossi & Ditoro Funeral Home, Union at N. Jay Streets, in Schenectady, NY. Calling hours will be held from 5 PM until the time of the service.

Francis Joseph (Sonny) Pomakoy, 77, entered peacefully into eternal rest on Saturday morning, surrounded by his loving family, at his home in Rotterdam after a brief battle with Leukemia. Frank, one of thirteen children born to devout Catholics... View Obituary & Service Information

The family of Francis 'Sonny' Pomakoy created this Life Tributes page to make it easy to share your memories.

Send flowers to the Pomakoy family.