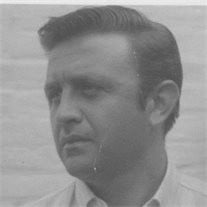 BALLSTON SPA – Enrico Sciocchetti, 74, passed away on Thursday at home, with his loving family at his side. Enrico was born in Chieti, Abruzzi, Italy on April 15, 1937 a son of the late Guistino and Concetta Morelli Sciocchetti. He came to Schenectady at the age of 13 and attended local schools and was a 1956 graduate of Nott Terrace High School. Enrico honorably served in the US Army at Ft. Knox, KY. Enrico was a hard worker even as a young boy, he parked cars to help his family with finances. He was a produce manager for Gabriel’s Market and then worked as a purchasing agent with the former Jardine Insurance Company in Schenectady. In 1958 he met the love of his life, Maryann Politano and they were united in marriage on June 9, 1963 at St. Anthony’s Church. Enrico was a devoted husband, father and brother, he was an avid fisherman, and had a passion for sports cars and the Saratoga racetracks. He was predeceased by his parents and his brother, Victor Sciocchetti (Scott). He is survived by his beloved wife Maryann Politano Sciocchetti; loving sons, John Sciocchetti and Rick Sciocchetti, Jr., both of Ballston Spa; grandchildren, Joseph and Michael Sciocchetti and his devoted brothers, Julius Sciocchetti, of Schenectady, Bruno ‘Bruce’ Sciocchetti and his wife Celia, of Niskayuna and Rocco Sciocchetti and his wife Kathleen, of Ballston Lake; several nieces, nephews and cousins Services will be held on Tuesday morning at 10 am from the Rossi & Ditoro Funeral Home, Union at N. Jay Street, then to St. Anthony’s Church, Seward Place, where a Mass will be celebrated at 11AM. Interment will follow in St. Anthony’s Cemetery, Glenville. The family requests flowers not be sent. Memorial contributions may be made in Enrico’s memory to Community Hospice or Community Emergency Corp, 78 Thompson St. Ballston Spa, NY 12020.

BALLSTON SPA &#8211; Enrico Sciocchetti, 74, passed away on Thursday at home, with his loving family at his side. Enrico was born in Chieti, Abruzzi, Italy on April 15, 1937 a son of the late Guistino and Concetta Morelli Sciocchetti. He came... View Obituary & Service Information

The family of Enrico Sciocchetti created this Life Tributes page to make it easy to share your memories.

Send flowers to the Sciocchetti family.