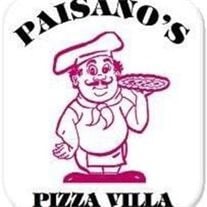 NISKAYUNA – Daniel R. Leone, 65, entered peacefully into the arms of the Lord on Friday, October 17, 2014 at his home. Daniel was born on June 25, 1949 in Niskayuna, a son of the late Rocco and Elizabeth Alden ( Richardson) Leone. He attended local schools and was a 1967 graduate of Linton High School. Dan entered Siena College through the ROTC program and received his BA in marketing in 1971. He served in the US Army as a specialist and upon discharge, continued his commitment to his Country serving in the National Guard. Dan partnered with Douglas Cusano and, together, they owned and operated The Step-Up Gallery, a jewelry and gift emporium for several years. In the 1980's, Dan purchased Paisano's Pizza Villa in Altamont where he mastered the art of pizza making. Dan's love of animals was evident in his participation in the Humane Society, Pit Bull Rescue, Out of the Pits, and the Estherville Animal Shelter in Greenfield Center. Dan was a member of the Single Action Shooting Society and an avid motorcycle enthusiast. The thrill of riding his Harley Davidson, his Ducati, and boating on Lake George were his passions. But above all, his most treasured moments were spending time with his family and friends. Dan is survived by his wife, Julie Ann Stevens Leone; his loving children; Donato Leone, Mark Leone and his wife Erin and Devin Andres; devoted siblings, twins, Richard M. Leone, of Ashburn, VA and Jeanne M. Brown and her husband Bernie, of Niskayuna; nieces and nephews, Jessica and John Parillo, Evan Brown and Juliann Brown; mother and father-in-law, Miner and Marjorie Stevens; several nieces, nephews, and loving extended family and friends also survive. Services will be held on Tuesday October 21, 2014, at 10am from the Rossi & Ditoro Funeral Home, Union at N. Jay Streets and then to St. Kateri Tekakwitha, Rosa Road Campus, where a Mass will be celebrated at 11am. Interment will follow in Most Holy Redeemer Cemetery, Niskayuna. Relatives and friends are invited to call at the Rossi & Ditoro Funeral Home on Monday from 4 to 8 pm. In lieu of flowers, memorial contributions may be made in Dan's memory to: The American Heart Association, PO Box 417005, Boston, MA 02241; Estherville Animal Shelter, 100 Russell Road, Green Field Center, NY 12866 or CBA, at www.cbaalbany.org.

The family of Daniel R. Leone created this Life Tributes page to make it easy to share your memories.

Send flowers to the Leone family.