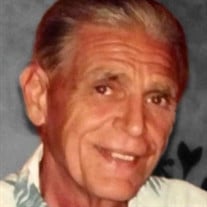 FORT MYERS, FL – Daniel A. Barone, 73, a man of passion and integrity entered into eternal peace on Monday, July 5, 2021 in the loving company of his devoted wife and daughter. Danny was born September 18, 1947 in Schenectady, a son of the late Anthony “Tony” Barone and Viola ‘Babe’ Osborne Barone. He graduated from Linton High School, class of 1966; attended Fulton Montgomery Community College and honorably served in the US Navy for 6 years. Danny worked as an electrician at the Schenectady General Electric for over 35 years, retiring in 2002. He was affectionately known as ‘Who’ by his co-workers. He had a passion for football and mentoring youth in the community. Danny coached Pop Warner and High School football for over 20 years and is still referred to as ‘Coach’ by many. Danny loved his hometown of Schenectady, especially his childhood upbringing in the Front Street area. He continued to have a strong connection with many of those friends over the years. He has been an Indianapolis Colts fan since he was a young boy; he was a former member of the Rotterdam Elks, Sons of Italy, IUE#301, St. Anthony’s Church and its Holy Name Society. He loved weekly poker games with friends and enjoyed attending sporting events especially high school football games. His greatest passion by far was spending time with his fun-loving family. Above all of the accolades, achievements and respect Danny has received throughout his years, he was most proud of his family and especially his two grandsons who he adored beyond measure; the cherished time he has spent with them; the lessons taught and the memories created. He is survived by his loving and devoted family; his wife of 52 years, the love of his life, Josephine (Giuseppina) Mascitelli Barone; a loving daughter, Chrissy Barone Monty and her significant other Patrick Peternell, ; cherished grandsons, Antonio Monty and Mario Monty; all of Ft. Myers; loving sister, Deborah (Richard) Barone Tanski, of Ballston Lake; brother, Vincent (Virginia) Barone, of Schenectady; sisters and brothers-in law, Marianne Mascitelli McGiffin who was by Danny and Josephine’s side during his courageous journey along with her husband Steve McGiffin, all of Ft. Myers, and Michael (Angela) Mascitelli, of Rotterdam; also survived by many loving nieces and nephews in Schenectady and Ft. Myers; numerous aunts, uncles, cousins, and many special and wonderful friends. A celebration of Danny’s life will be held in Ft. Myers at a later date.

FORT MYERS, FL &#8211; Daniel A. Barone, 73, a man of passion and integrity entered into eternal peace on Monday, July 5, 2021 in the loving company of his devoted wife and daughter. Danny was born September 18, 1947 in Schenectady, a son of... View Obituary & Service Information

The family of Daniel A. Barone created this Life Tributes page to make it easy to share your memories.

Send flowers to the Barone family.