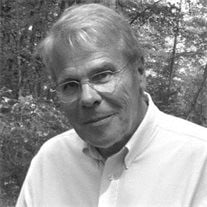 Augusta, GA - Christopher Alan Leet, Sr., 64, passed away suddenly on January 2nd, 2018. He was born on June 14th, 1953, in Albany, NY to Claud A. Leet, Jr. and his wife, Eleanor A. Leet. He shared his childhood with his sister Claudia, and brothers Steven and Matthew. He spent much of his childhood in the greater Chicago area, where began his love for the Chicago Bears and the White Sox, eventually returning to New York after the death of his father in 1965. He graduated from Colonie Central High School in 1971, and went on to attend Northwestern University, Union College and lastly SUNY Albany. He loved playing his guitar, listening to the Beatles, and relishing so many times with friends. He married his wife Lauren surrounded by close friends and family. They made their home in Schenectady, before settling in Niskayuna to raise their children, Chris, Sheryl, and Meghan. Relocating to the Charlotte, NC area in 1997, he continued to love his growing family that now came to include (four) 4 grandchildren. Chris and his wife ultimately settled in the Augusta, GA area. Survived by his wife of 40- plus years, Lauren, and their beloved children, Christopher (Beth) of Davidson, NC, Sheryl (Mike) Kallhoff of Concord, NC, and Meghan of Durham, NC, and adored grand-children, Brianna, Korbin, Kolton, and Jackson; his especially cherished Uncle, William H. Barth of Charlotte, NC; sister Claudia Leet of Scotia, NY; brother Steven Leet and Family of Columbia, CT; and brother Matthew Leet and Family of Huntersville, NC. Visitation will be at St. Kateri Catholic Church, 1801 Union Street in Niskayuna, on Saturday, January 13th at 8:30 AM, followed by a Funeral mass at 9:30 AM, with internment at Most Holy Redeemer Cemetery in Niskayuna, NY. Arrangements are being handled by Rossi and Ditoro Funeral home in Schenectady, NY.

The family of Christopher Leet created this Life Tributes page to make it easy to share your memories.

Send flowers to the Leet family.