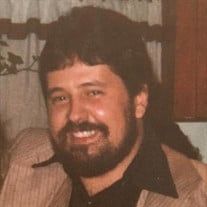 Billy Steward Jr., aka "Papa", 64 of Rotterdam NY, passed away at St. Peters hospital on April 4, 2019 with his loving family by his side. Born in Schenectady, NY on November 12, 1954 he lived most of his life in the Schenectady area. Billy was predeceased by the mother of his children and former companion of 37 years, Heidi Romines; their daughter, Melissa Ann Steward; his grandparents Filomena and Thomas Compoli; his mother Carmella Compoli Steward; his “father” Billy Steward Sr.; his sister Janice Steward; his brother Thomas Steward; his uncle Armando Compoli (whom he looked up to as a father figure); and several other uncles, aunts, and cousins. Billy is survived by his two children, Billy Steward III and April Steward; three cherished grandchildren, Billy Steward IV, Lillian Steward and Bella VanPatten; siblings, Carol (Herbie) Stevens, Carmella “LaLa” Steward Cox, Linda Chambers, Debbie Steward, Charyee Massamillo, Olive Tapia, Harold “Manny” Steward and Paul Steward. He also leaves behind several cousins, nieces, and nephews. In Billy’s younger days he was a professional painter, and was later employed by Freidhoffers Bakery, and finally the City of Schenectady Parking Garage until his retirement. Billy’s family always joked about his love of privacy since he loved being at home and kept to himself and his immediate family most of the time. At home, prior to his illness he enjoyed cultivating amazing vegetable gardens and he loved sharing his crops with his family and friends. He was also an avid Yankees fan and loved watching their games and collecting memorabilia. When Billy wasn’t at home, he enjoyed fishing and hunting with his cousins Tommy Compoli and Dominic Compoli (who were like brothers to him) and making memories with his grandchildren whom he loved with all of his heart. While Billy battled his illness his daughter April and granddaughter Bella became his “nurses” and devoted their last couple years to taking good care of him. His sister Carol, his brother in law Herbie and his son Billy also took a large role in helping with his many needs. Herbie was a devoted friend/brother and was always there to give him rides to many appointments over the years. Calling hours will be held at Rossi & Ditoro Funeral Home, 501 Union Street (at North Jay Street) on Thursday, April 11th from 10 to 11 a.m. There will be a service held at 11 a.m. with an interment at St. Anthony's Cemetery to follow. Friends and relatives are invited to attend.

Billy Steward Jr., aka "Papa", 64 of Rotterdam NY, passed away at St. Peters hospital on April 4, 2019 with his loving family by his side. Born in Schenectady, NY on November 12, 1954 he lived most of his life in the Schenectady area. Billy... View Obituary & Service Information

The family of Billy Steward Jr. created this Life Tributes page to make it easy to share your memories.

Send flowers to the Steward family.