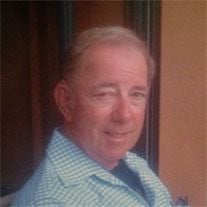 SCHENECTADY – Arthur E. Nolin, 79, of Gerling Street, entered peacefully into eternal rest on Sunday, at home surrounded by his loving daughters. Art was born in Cohoes a son of the late Arthur A. and Georgianna Couture Nolin. He was a 1955 graduate of Catholic Central High School and began his 37 year career with NYS Department of Motor Vehicles, where he met the love of his life, Kathaleen Caschera. Art retired in 1992. He was an avid fan of Ted Williams; his Red Sox's; the Saratoga Flat Track and reading the NY Post. Most special to Art was his family; he leaves behind to them, a legacy of selfless love, kindness and devotion. He was a communicant of St. Anthony's Church. The Nolin family is thankful to Dr. Alec Platt and Dr. Peter Cospito, for the care bestowed upon Art and their kindness and compassion. Art was predeceased by his beloved wife, Kathaleen Caschera Nolin, whom he married on October 17, 1964 and who passed away on April 18, 2008. He is survived by his loving daughters, Denise M. Denison (David Frenger), and Susan L. Nolin (Mike Hilicus); his grandchildren, who where the light of his life, his "Jelly Bean" Erin M. Denison & Michael Belcher, II and his 'Love Angel' Kelly-Lynn Denison; a brother, Arnold (Linda), of Clifton Park; a sister, Anne Fecura, of Melrose; a son-in-law, Chuck Denison; several nieces and nephews. Services will be held on Thursday at 11 am from the Rossi & Ditoro Funeral Home, 501 Union Street, and then to St. Anthony's Church, Seward Place, where a Mass will be celebrated at 12 noon. Interment next to his beloved wife will follow in Sts. Cyril & Method Cemetery, Rotterdam. Relatives and friends are invited and may call at the Rossi & Ditoro Funeral Home on Wednesday from 4 to 7 pm. Memorial contributions may be made to St. Anthony's Church,

SCHENECTADY &#8211; Arthur E. Nolin, 79, of Gerling Street, entered peacefully into eternal rest on Sunday, at home surrounded by his loving daughters. Art was born in Cohoes a son of the late Arthur A. and Georgianna Couture Nolin. He was... View Obituary & Service Information

The family of Arthur E. Nolin created this Life Tributes page to make it easy to share your memories.

Send flowers to the Nolin family.