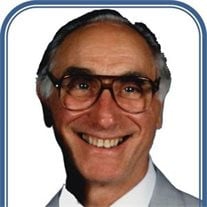 WATERFORD - Anthony J. Scarchilli, 88, of Waterford, beloved husband of Elizabeth "Betty" Scarchilli for 67 years, peacefully entered into eternal life surrounded by his family on May 9, 2015. Born in Waterford, he was the son of the late Michael and Angelina Cafferella Scarchilli. Anthony attended Waterford schools and enlisted in the service as a First Class Seaman in the U. S. Coast Guard having served on the USS General William Weigel, AP-119 in World War II and was bestowed the American Area, Victory, European African Middle Eastern Area and Asiatic Pacific Area Medals. He served his country from 1944-1946 and was honorably discharged on May 17, 1946. Anthony returned home and was employed by Diamond Rock Dairy, Troy and was a Foreman for Norton Company formerly Behr Manning in Watervliet retiring in 1985. He also was a master carpenter and gardener. Anthony served as a volunteer firefighter and was one of the founding members of the Kavanaugh Hook and Ladder Volunteer Fire Company in Waterford. He was a running back for the former Bulldogs professional football team in Troy. In 1947 they won the Eastern Pro Football League Eastern Division title. He has been a NY Giants fan since 1945. He enjoyed biking, spinning and working out until a few years ago at the former Gold's Gym and spent his summers with his wife and children at the camp he built in Lake George. . Predeceased by his siblings, Stephen, John "Pep", Harry Scarchilli, Elizabeth Cassella, Eleanor Rosamilia, Mary Spencer, Theresa Vandenburgh and Minnie Jolicoeur. A very special thanks to his caregivers. He was a loving husband, father, grandfather and great-grandfather. Anthony was devoted to his family and was happiest spending time with them, survived by his children, Michael Scarchilli (Marla) of Stillwater, Sharon Scarchilli of Clifton Park, Steven Scarchilli (John Brent) of Albany, Elizabeth Reo (Ray Marcucci) of Lake George and Bernard Scarchilli (Ellen) of Mechanicville; dear friend Rose Pennucci, of Clifton Park; his grandchildren Jason Creighton (Michele), Scott Scarchilli (Kim), Geoff Scarchilli, Nathan Reo, Bernard Scarchilli, Stefhanie Scarchilli-Lisky (Jeramy), Daniel Reo, Angela Scarchilli (Peter Lancaster), Nicole Reo (Dan Moreno), Alexandrea Scarchilli (Billy Hayner) and Olivia Scarchilli, and his great grandchildren, Jessica, Daniel, Jay, George, David Alexander, Justin and Aubrey. Survived by several nieces and nephews. Private services will be held at the convenience of the family. Interment at the Saratoga National Cemetery. Those desiring, may make memorial contributions to the Wounded Warrior Project www.woundedwarriorproject.org/Donate or Community Hospice at www.communityhospice.org/donate.

WATERFORD - Anthony J. Scarchilli, 88, of Waterford, beloved husband of Elizabeth "Betty" Scarchilli for 67 years, peacefully entered into eternal life surrounded by his family on May 9, 2015. Born in Waterford, he was the son of the late... View Obituary & Service Information

The family of Anthony J. Scarchilli created this Life Tributes page to make it easy to share your memories.

Send flowers to the Scarchilli family.