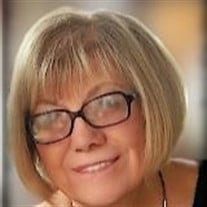 NISKAYUNA - It is with great sadness that we announce the passing of Annette (Cam) Soroka who died peacefully on the evening of Thursday, December 26, 2019, surrounded by loving family and friends. Born January 16, 1934 in Schenectady, New York, she was the daughter of the late Dominick and Mary Cammarota who passed away in 2002. Her beloved husband, Theodore (Teddy) Soroka, Jr. passed away on September 15, 2018. Cam graduated from the former Nott Terrace High School in 1952 and worked for a short period at the Knolls prior to leaving for New York City where she attended several classes at NYU. Along with some of the other students, Cam left NYC for Mexico City where she attended the University of Mexico and received her BA degree in education.She also pursued a Masters Degree from the University of Miami. After graduation, Cam was thinking of becoming a translator at the UN but events changed and she headed for Miami, Florida. There she began working for a company who did business in Cuba so her knowledge of Spanish was a definite asset to the company. Eventually, she left that company and began a career at Delta Airlines. In 1973, Cam reunited with her first love, Teddy Soroka, Jr. whom she had met in Mexico City prior to her beginning classes at the University. They were married on February 24, 1974 and enjoyed a wonderful, happy and loving life together, first in Miami Lakes, Florida and eventually in Schenectady , New York where they returned in 1999 to be with Cam’s mother & dad until their Death in 2002. Since returning to Schenectady, Cam & Ted had been communicants at St. Anthony’s Catholic Church. Cam was a dedicated and loving soul. A generous woman, Cam gave of her many talents to her family, friends and faith. While living in Miami and being associated with the Miami Archdiocesan Council of Catholic Women, Cam had the good fortune and honor to meet Mother Teresa of Calcutta when Mother Teresa visited Miami in June of 1974. Cam was a treasured woman and will be dearly missed by her loving aunt, nieces, nephews, family and dear friends. Cam is survived by her aunt Sylvia (Mancini) Palombo, loving relatives in Schenectady……David Lastarza, Richard (Halina) Lastarza, MaryBeth (David) Paradis, Barbara Smith (Granville, NY), Judy (Bill) Williams, MaryAnn (Bill) Ziobrowski, the Mancini family of Glens Fall, and her loving family in Pennsylvania Leo Uzych, Loressa (William) Syska, Irene (Igor)Abram as well as many great nieces and great nephews. A Mass will be celebrated at 11am on Friday, January 3rd at St. Anthony’s Church, 331 Seward Place. Relatives and friends are invited and may call at St. Anthony’s Church from 9:30am until the Mass. Those wishing to remember Cam in a special way may make memorial contributions to St. Anthony’s Church Restoration Fund, 331 Seward Place, Schenectady, NY 12305, Schenectady City Mission PO Box 760, Schenectady, NY 12301 or Community Hospice, 445 New Karner Road, Albany, NY 12205.

NISKAYUNA - It is with great sadness that we announce the passing of Annette (Cam) Soroka who died peacefully on the evening of Thursday, December 26, 2019, surrounded by loving family and friends. Born January 16, 1934 in Schenectady, New... View Obituary & Service Information

The family of Annette 'Cam' Soroka created this Life Tributes page to make it easy to share your memories.

NISKAYUNA - It is with great sadness that we announce the passing...

Send flowers to the Soroka family.