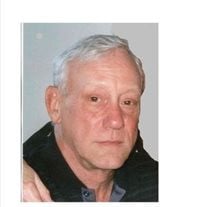 GLENVILLE – Albert J. Smith, 70, entered peacefully into eternal rest on Sunday, September 20, 2015 at his home, surrounded by the love of his family. Al was born on March 14, 1945 a son of the late Albert J. and Marion (Dallas) Smith, Sr. He graduated in 1963 from Mt. Pleasant High School, and started his career in 1964 at American Locomotive Company in Schenectady, where he mastered his pipefitting trade. He went on to become a member of Local 7 Pipefitters & Steamfitters Union for 28 years, retiring in 2011. In recent years he traveled the Country supervising and consulting for General Electric. Al loved spending time with his four granddaughters, having long talks on the back porch, pushing them on the tire swing, taking them to the library and museums. He also attended many soccer games and violin concerts. With his wife of 51 years, Connie, he loved traveling south to Florida to play golf and watch the sunset over the water. He joined a traveling golf league with his friends playing every Tuesday. Al was a longtime member of the Rotterdam Elks, Scotia United Methodist Church and looked forward to playing a competitive game of Pinochle with his sister Lottie. Al is survived by his beloved wife Concetta (DiMonte) Smith, whom he married on September 19, 1964; loving daughters, Kathleen A. (Smith) Culhane and her husband C. Matthew Culhane and Jodi L. (Smith) Stark, all of Glenville; adoring grandchildren, Alexandra L. Culhane, Maxine R. Culhane, Peyton C. Culhane and Jaime L. Stark; cherished sister; Lottiemae (Smith) Littlefield and her husband Derwood, of Duanesburg; favorite sister and brothers-in law, Rosemary and Michael McTygue, of Saratoga Springs and Robert DiMonte, of Pensacola FL; many dear nieces, nephews and cousins also survive. Services will be held on Thursday at 12 noon at the Rossi & Ditoro Funeral Home, 501 Union Street with the Rev. Margaret Currier, officiating. Interment will follow in Parkview Cemetery, Fehr Avenue. Relatives and friends are invited and may call at the Rossi & Ditoro Funeral Home on Thursday from 10 am until the service.

The family of Albert J. Smith created this Life Tributes page to make it easy to share your memories.

Send flowers to the Smith family.